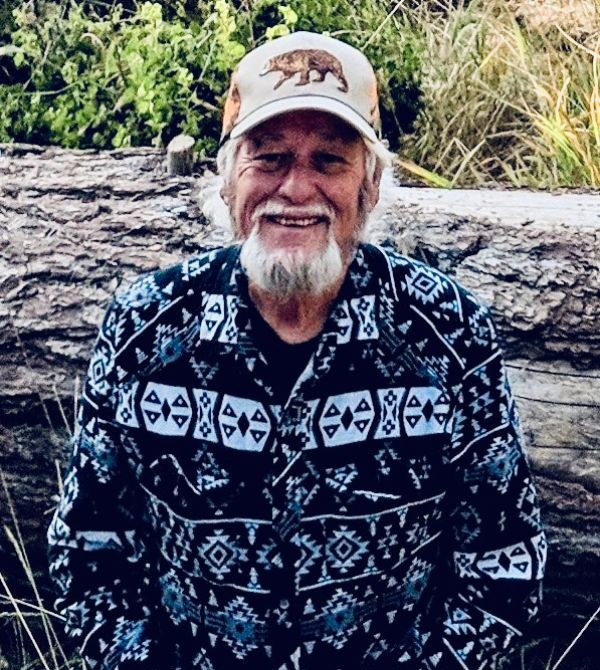 He was born August 25th, 1948 in a log cabin in Burney California. His parents were Clifford Blaze Goodner and Charlotte Bernice Goodner. He was delivered in his home by his Grandmother Lela Rhoades.

Dwight was raised in Redding, CA where he attended elementary school and played Pop Warner Football. He grew up on a horse ranch and was a member of the Shasta County Junior Sherriff’s Posse drill team, which competed in rodeos throughout Northern California. He Loved his horse “Firefly”.

He graduated from Enterprise High School in 1966, where he was very active. He ran track, played basketball, varsity football, and sang Acapella in the choir.

Once settled in San Jose he attended and graduated from San Jose State University with a bachelor’s degree. He was a business/salesman and worked for Hartwell Corporation, FMC Corporation, and Kellogg’s (which his children fondly remember him bringing home boxes of snacks and cereal).

While living in the Bay Area he was actively involved at Liberty Baptist Church in San Jose, and then Los Gatos Christian Church where he led a youth ministry.

Moving later to Reedley California in 1989, he cared for his Mother and established his own company, Golden West Termite & Pest Control. He enjoyed putting on his best suit while attending Reedley Mennonite Brethren Church.

He was a member of the Pit River Tribe (Itsatawi band) of Northeastern California, and proudly wore attire to display his pride for his Native American culture.

He had a passion for studying books, and also was devoted to studying the Bible, and had very solid beliefs in Christianity.

He was an enthusiast of NASCAR, NHRA, boats, and cars….anything that goes fast!

He was also a lover of music and dancing, and passed that love down to his children.

He is survived by his sisters: Merri Monkemeier, Emily Doss, & Cammy Wright.

He will be dearly remembered and deeply missed.

Funeral Services will be held on Thursday, January 19th.

In lieu of flowers, you can make a donation to St. Jude, Wounded Warrior, or a charity of your choice. Dwight was generous with his money and regularly donated to charities.

To order memorial trees or send flowers to the family in memory of Dwight Blaze Goodner, please visit our flower store.