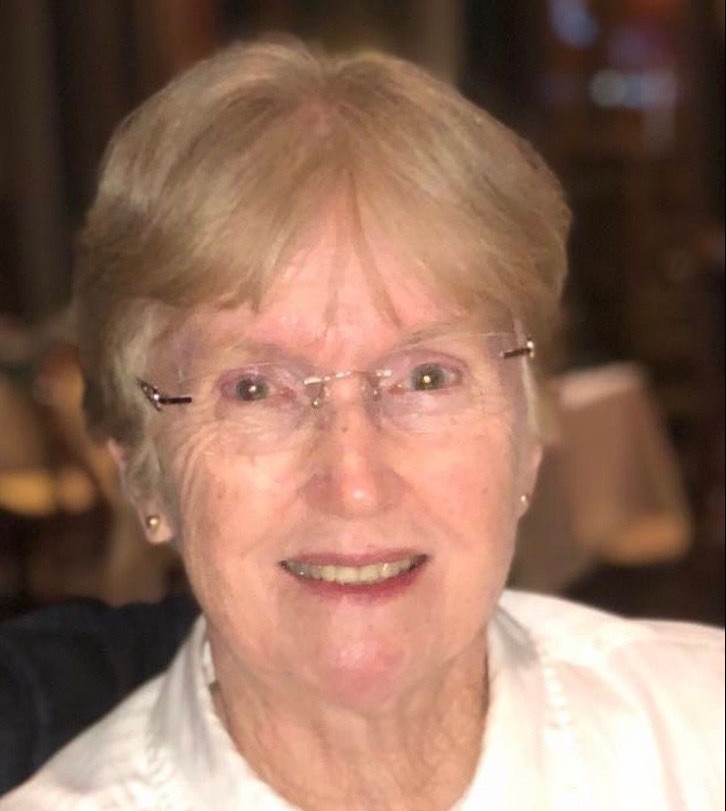 Gail Wilson Burns was born on the kitchen table, at home in what is now Grosse Pointe Woods, near Detroit, Michigan, on May 30, 1935. She was the youngest sibling to her sister Jean and brothers Danny and Jim. Weighing only three pounds, Gail spent her first days wrapped in cotton in a shoebox in front of an open oven door, and her survival must have appeared doubtful. But she did survive, first to move with her parents to Southern California’s San Fernando Valley, and later with her own children to Reedley.

Gail grew up, graduated from Van Nuys High School, and trained as a physical therapist at UCLA, where she acquired school friends that she kept all her life. After graduation, Gail worked for a time as a physical therapist. At some point, her sister introduced her to her brother-in-law’s friend Rulon, and a romance began to blossom.

Gail was not above judging someone by the content of their bookshelf, and appreciated that she and Rulon shared affection for the poetry of Robert Frost, as well as copies of Between Pacific Tides. Their marriage was undoubtedly a leap of faith on both their parts, without full knowledge of what they were getting into. Gail later reported with some exasperation that she had “thought Mormons must be like Lutherans,” but she learned more when the newlyweds moved to Cache Valley, Utah. There, the first two of their children were born.

Gail and Rulon returned to Southern California two years later, where they raised their growing brood before opportunity took them to Reedley, in California’s Central Valley. After a year in town, Rulon and Gail moved out to Adams Avenue, where they stayed for the rest of their lives. Over time, a relocated house was made habitable and then remodeled. Oaks and fruit trees took root, and what had been bare earth became a home. Amy and Amanda arrived in 1981, and with that, the family was complete.

Gail loved antique shows, and volunteered for several years as a docent leading tours at the Meux Home, a historical home in Fresno. In Reedley, she was a den mother to Cub Scouts, some of whom fondly remembered her years later. She pushed her oldest sons to earn their Eagle awards at the last possible moment before they aged out of the program, and Andy to become a Life Scout.

Gail had strong opinions, but she generally kept them to herself or in her series of journals. An avid reader, she surrounded herself with books that she had read, books that reminded her of Rulon, or books that simply kept good company. She had a particular fondness for strong women writers, such as Jane Austen and Victorian garden designer Vita Sackville-West.

Gail was a longtime quilter, embracing handwork projects that might take months or even years of meticulous hand-stitching. Some were inherited from others, some sewn by a club of quilters, and some designed by her.

Gail took great pleasure in her yard, whether in the trees and flowering cacti that Rulon had planted, or in the rampant oxalis outside her window. Gail was like that, making virtues of necessities and taking immense pleasure in what others might have called a weed. While Rulon tended the garden outside, Gail tended to the succulents and African Violets inside.

Quiet and strong, Gail was also fiercely independent. After decades as a stay-at-home parent, she trained to build new skills to re-enter full-time work at the Reedley College Admissions and Records Office.  Gail worked well past traditional retirement age, motivated not so much by the need for an income but as a reflex to make her own way, be useful, and contribute to her community. She ultimately retired at the age of 81.

In her last years, Gail lived alone, entertaining visitors and drawing deep satisfaction from reading, tending her cats, organizing her records, and making the house just the way she wanted it.

Gail will be buried with her husband Rulon at the Reedley Cemetery.

To order memorial trees or send flowers to the family in memory of Gail Wilson Burns Ashcroft, please visit our flower store.

Burial at a later date