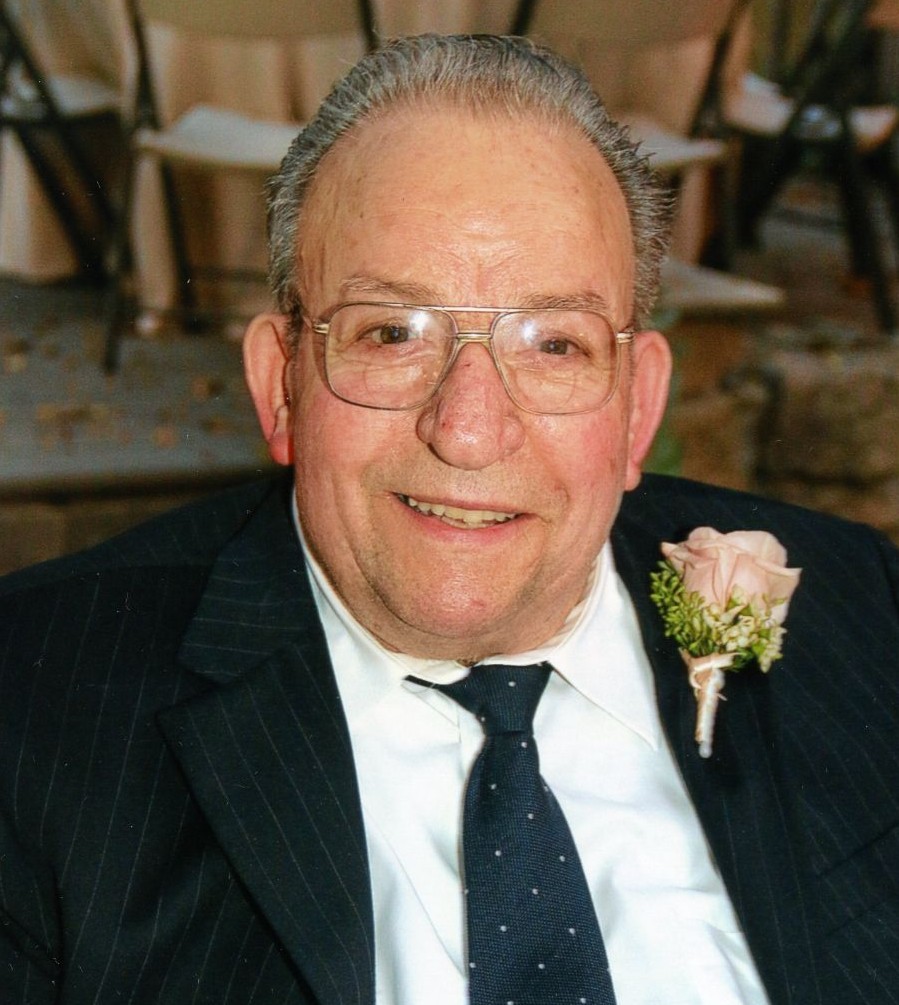 Our beloved father, nonno and big nonno George Rinaldi went to be with the Lord on December 1st 2022.

George was born on February 8th, 1929 near Marlia, Italy to Niccolo and Maria Rinaldi. The second of three sons with Mario the oldest and Carlo the youngest. George attended school up to the age of 11 and completed the 6th grade, then his education was interrupted by WWII. During the period of the war George stayed with his father at the family home and helped tend the farm while his mother and young brother hid in the hills with other family members. To say the least, times were extremely difficult, dangerous and food was scarce.

Like most Italians George didn’t speak up about his experiences during the war except to say “War is no good!” The following years after WWII ended in 1945, many Italians went back to visit their families in Italy to see how they survived and to assist them in any way possible. In 1947 one of those families was John, Amelia and Bianchina Bianchi. The Bianchi’s had family in Marlia, the small town that George and his family lived in. And there in the town square of Marlia, George noticed Bianchina (Blanche) he announced to his friends that he was going to marry that Blonde (Bianchina) who was walking on the other side of the square. They were introduced by relatives and by April of 1949 George landed in New York, took a train across the US, and arrived in Oakland, then to Visalia where Bianchina and her parents welcomed him. They were married October 8th, 1949 at St. Mary Catholic Church in Visalia. They lived and raised their two children Lisa and Marco on a small farm south of Cutler.

George was a hardworking, loyal and loving husband, father, nonno and bisnonno. George was a devout Catholic and member of St. Mary Catholic Church in Cutler.

George and Blanche were married for 56 years before Blanche’s passing in 2005.

George began farming with his father-in-law in 1949 and continued to farm until 1999.

George was a good farmer, he grew tree fruit, grapes, citrus and many other crops.

George was an avid hunter, he hunted all types of fowl, deer and elk.

September 1st – Opening day of dove season was and still is a holiday for the Rinaldi’s, carrying on a tradition of over 70 years where friends and family would gather.

George was an avid duck hunter and excellent shot and caller. He was a longtime member of “Ward Farms Duck Club” where he enjoyed many friendships with other members and guests.

George also enjoyed music and dancing. He and Blanche could be found at the Italian Lodges in Visalia, Tulare and Madera on many Saturday nights throughout the year.

George was an excellent dancer and enjoyed being in the outside lane on the dance floor, while Blanche preferred not to be out in front but went along and loved dancing with the love of her life.

We would like to acknowledge Ignacio Cachu and the Cachu Family. Ignacio was a loyal friend and neighbor since 1957. They worked the fields together, hunted together and had a lifelong friendship until Ignacio’s passing in 2015.

A special thanks to caregivers from – Visiting Angels, Palm Village East Wing Skilled Nursing and Hinds Hospice of Fresno.

George is also survived by his brother Carlo Rinaldi.

George is preceded in death by his parents, brother Mario and his wife Blanche of 56 years.

Visitation will be at Dopkins Funeral Chapel in Dinuba on Friday, December 9th from 4PM – 7PM with the recitation of the Holy Rosary at 5:30PM. A funeral memorial mass will be held on Saturday, December 10th at St. Mary Catholic Church in Cutler at 11AM.

If desired, donations can be made to either Palm Village Retirement Community or Hinds Hospice of Fresno.

To order memorial trees or send flowers to the family in memory of George Emilio Rinaldi, please visit our flower store.