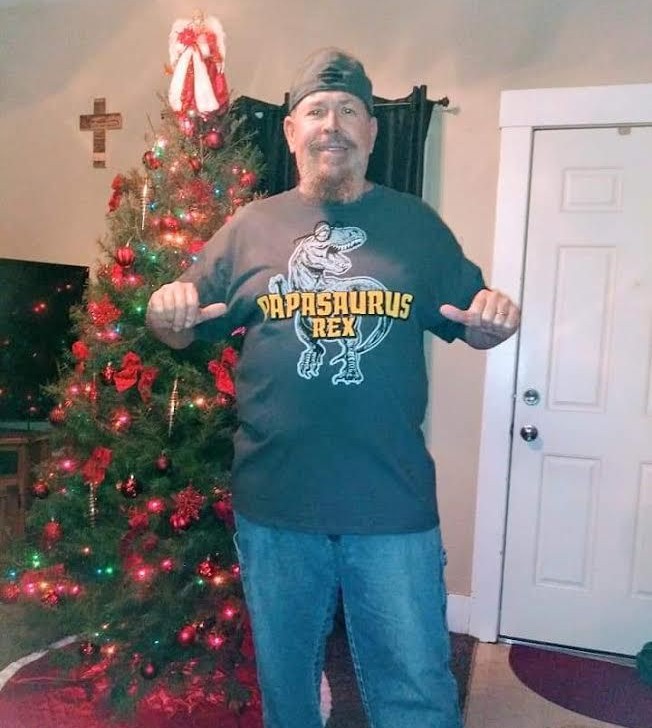 Jeffrey Allyn Wood, 66, passed away peacefully in his home surrounded by loved ones on December 10, 2021. He was born on March 8, 1955, in Jacksonville, Illinois. He served in the United States Army and was a proud veteran. He worked as a street sweeper for the City of Dinuba until he retired after 25 years. Jeff and his wife were going to celebrate a wonderful 42 years together in January of 2022. Jeff was a passionate biker, he loved his Harley. He would go everywhere with his long-time friend/nephew Don Shouse. Jeff loved to camp and was an avid fisherman. He would often go with his brother-in-law Joe Espinosa. On top of all that, Jeff loved to paint birdhouses and did many for his family. Jeff enjoyed his time with his kids, grandkids, and great-grandkids. He was a big family man and he rolled with them till the wheels fell off. He recently gave his heart to Christ, he loved going to church. Jeff and his wife were both baptized on September 25, 2021.

Jeffrey Allyn Wood is predeceased by his father, Paul E. Wood, and biological mother Barbra Hubble as well as his Sister, Donna Leach.

A reception to follow will be announced at a later time.

In lieu of flowers make all donations to Dopkins Funeral Chapel. They are all greatly appreciated.

To order memorial trees or send flowers to the family in memory of Jeffrey Allyn Wood, please visit our flower store.