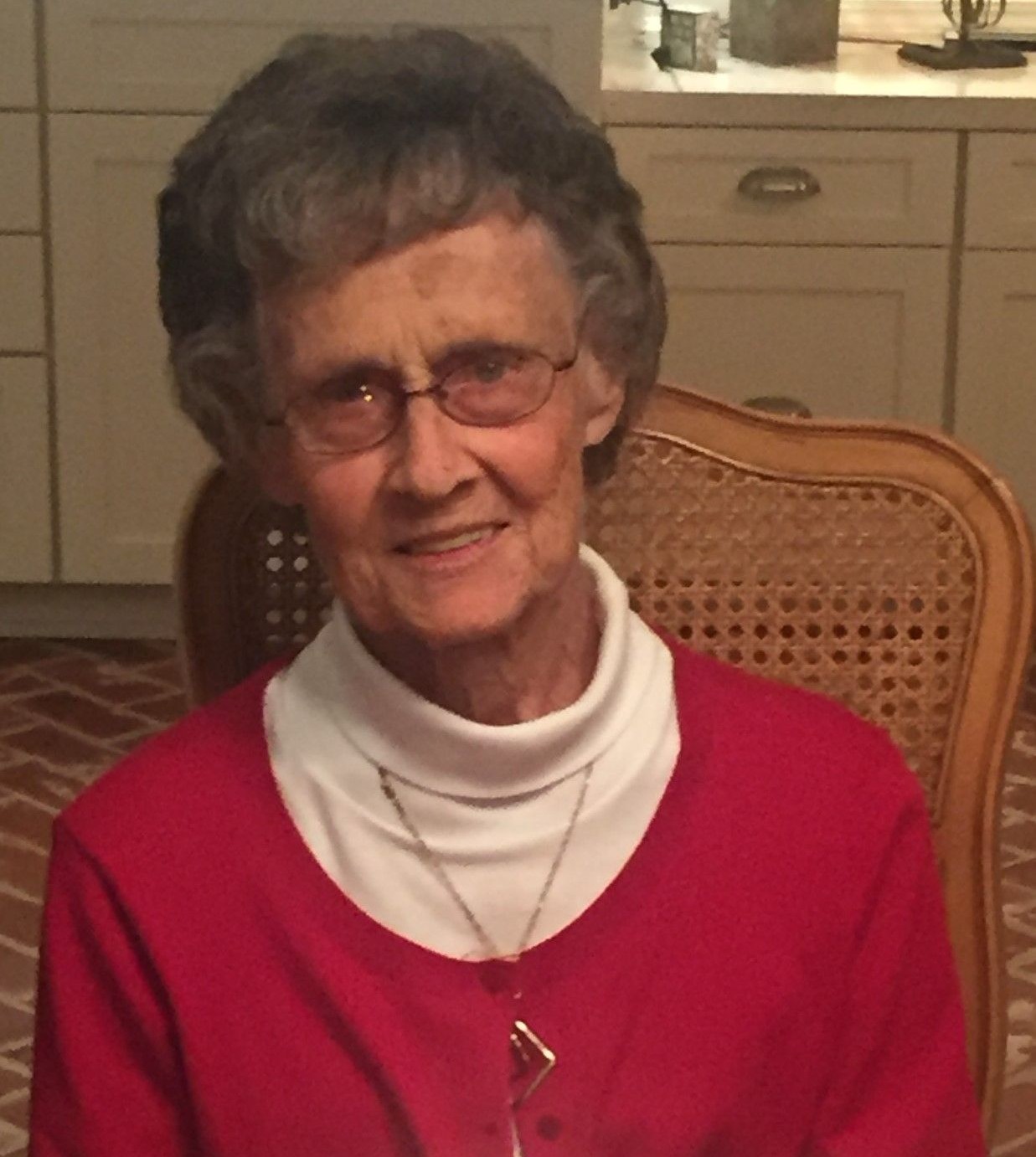 Martha Elizabeth Balzer Thiesen was born on October 28, 1927, in rural Reedley, CA to Bernhard and Anna Harms Balzer. She attended Kings River Elementary School for 8 years, followed by 3 years at Immanuel Bible School. She accepted Jesus on May 19, 1940, at Bible Club, and was baptized on May 2, 1942, in the Kings River by Rev. John Siemens of the Dinuba M.B. Church. She enjoyed being involved with Youth for Christ in her early years, and worked as a fruit packer before getting married.


On October 17, 1947, Martha married John Thiesen in the Dinuba M. B. Church. The two went on to have 5 sons: John, Kenneth, Edward, Donald, and Ronald. Martha was dedicated to her faith in God and her family. She enjoyed cooking and counted cross stitch, and was an avid game player. In her later years, she admitted to cheating when her boys were young “because they needed to learn how to lose.” John and Martha lived on a farm outside of Dinuba. They had chickens and Martha sold eggs out of their home. Even in her final days, she expressed her dislike for “those chickens!”

John and Martha were members of the Reedley M. B. Church. Martha used her gifts and talents faithfully there. She taught preschool aged Sunday School for 25 years, directed church wedding receptions for 20 years, was a member of the church choir for 21 years, and loved being a part of the Sewing Circle and Fest Committee. She was known in the community for the love she had for her family, and was famous for her zwieback and homemade noodles. Each year she donated her homemade goods to Hartland Camp and Immanuel Schools where they were auctioned off for large amounts of money.

Everyone who knew Martha knew her to be on time. In fact, her kitchen clock was always set 10 minutes ahead. She called it “Thiesen Time,” and all the family knew her adage: If you’re not early, you’re late.

Martha’s life verses were John 3:16, Psalm 125:1-2, and Psalm 34:8. Her favorite hymns were “It is Well With My Soul” and “Savior Like a Shepherd Lead Us,” which was the Wedding March played at her wedding. She will be remembered for loving Jesus and her family. Her grandchildren and great-grandchildren will especially miss her zwieback and her hugs. She was ever-present in all of their lives, and her support and encouragement will be dearly missed.

In her last days, she shared her motto, “I choose to be thankful”, with each family member. She clearly demonstrated this motto in her words and actions. All who knew Martha Thiesen will miss her love, Godly example, and positive outlook on life. She was one of a kind!

To order memorial trees or send flowers to the family in memory of Martha Elizabeth Thiesen, please visit our flower store.