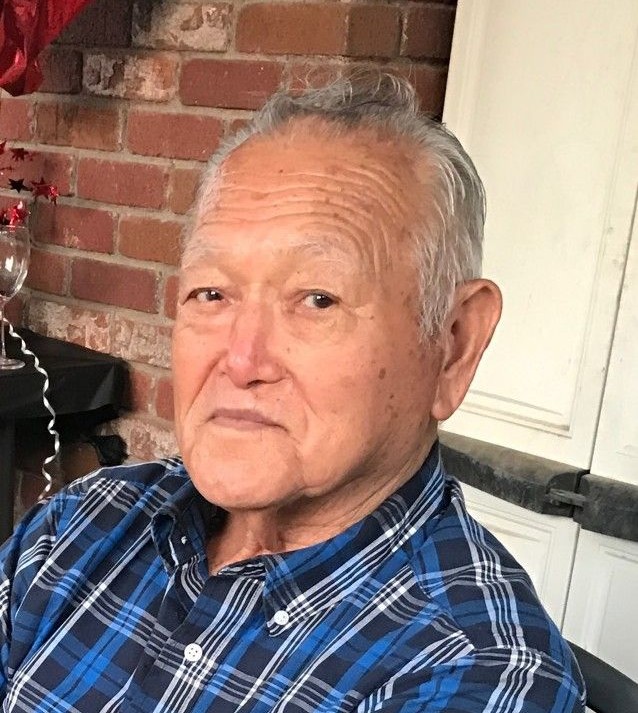 Mas, 93, was born in Reedley and was the youngest of seven children. Mas lived the majority of his life in Reedley, with the exception of three moments in time. At thirteen years old, the US Military declared all persons of Japanese ancestry an enemy alien, and he along with his family, were forced to leave Reedley. They were ordered to board a train at the Reedley train station and were sent to an unknown destination. Windows were covered so they couldn't see out. They were interned at Poston Internment Camp III in Arizona until they were able to return to Reedley when WWII ended in 1945. Through his eyes, he saw being in camp as an opportunity for him and his parents to get a break from working in the fields. The second time was being drafted by the Army during the Korean War. Mas received a Purple Heart for sustaining a head injury by being shot at close range from below which the bullet spun around inside his helmet. Stories shared about that time were about the Korean landscape and time in Japan. The third time was his last two years of his life at Vintage Gardens Assisted Living where he reconnected with other Nikkei from the Valley, He died there on August 8th. Mas attended local schools and graduated from Reedley High. Mas loved cars and bought a truck to haul produce after graduation. He worked for Kimura Trucking for most of his adult life, with a core, close knit group who became life long friends. He spent the last thirty years in retirement enjoying a quiet, simple life tinkering around on his family's ranch, using his hands to repair and build, attending family gatherings, meeting up with his buddies at coffee shops, and going to casinos. Mas had a kind, loyal and generous spirit, always willing to help his friends and family. Mas had a special, loving bond with his siblings. Family fondly remembers the times when all the brothers were together, standing around someone’s car not saying a word, feeling the love between them.

Mas will make his final resting place back in Reedley where he will once again be alongside his family. Graveside service will be held at the Reedley Cemetery on September 17th at 9:30 am with a reception immediately following at daughter April’s house.

The family is grateful for the care Mas received at Vintage Gardens. In lieu of koden and flowers, memorial contributions can be sent to Central California Nikkei Foundation, 540 S. Peach Ave, Fresno CA 93727.

To order memorial trees or send flowers to the family in memory of Masato Kunishige, please visit our flower store.