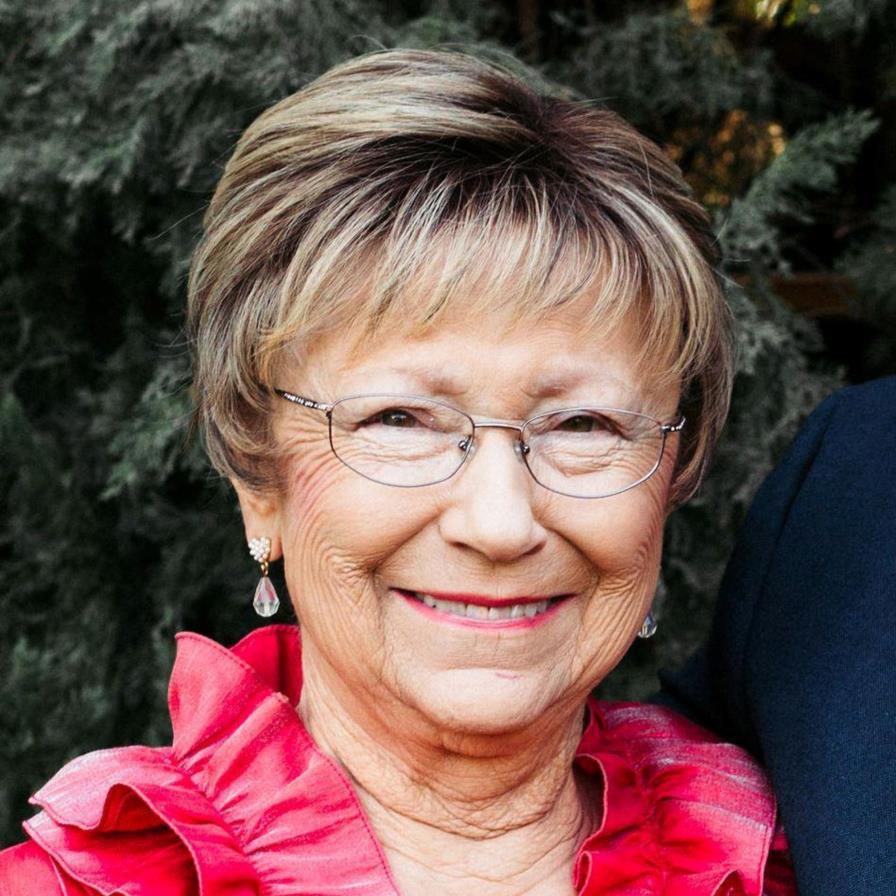 Minnie Franz passed away peacefully at noon at her home in Fresno on January 12, 2021, after a three-year battle with cancer. She was 82 years old. Minnie Henrietta Karber was born on July 16, 1938, to Ben and Louise Karber in Fairview, Oklahoma. Minnie’s birth completed their family which then included seven children; six girls and one boy. Minnie moved to California when she was five years old and grew up in the Dinuba-Reedley area. Her family attended the Dinuba Mennonite Brethren Church and raised grapes for raisins and table grapes. It was in 1947, when Minnie was nine years old, that her mother prayed with her and she asked Jesus to come into her life and was later baptized in the Kings River. A verse that was especially meaningful to her at the time was Romans 6:4, “We are therefore buried with Him through baptism into death in order that, just as Christ was raised from the dead through the glory of the Father, we too may live a new life.” After graduating from Immanuel High School in 1956, Minnie completed two years at Tabor College in Hillsboro, Kansas where she met Leo Franz. After returning to California, Minnie and Leo were married on December 27, 1958, and went on to raise three children, Doug, Kaylene, and Brian in Fresno. Minnie worked as Credentials Clerk for the Fresno County Office of Education for 21 years, retiring in 2003. Minnie’s kind and generous heart blessed her family and friends, and she even created genuine connections with people she met in stores, doctor’s offices, restaurants, and at church. Minnie is survived by her husband Leo, her sister Doris Harder of Reedley, CA, her sister Luella Dick of Lynwood, WA, and her brother and his wife David and Elaine Karber of Long Beach; her sons Doug of Bend, OR, and Brian of Post Falls, ID, and her daughter and her husband Craig and Kaylene Friesen of Ahwahnee, CA; granddaughter Melanie and her daughters Riley and Parker of Bakersfield, CA, grandson and his wife Mitchell and Abbey and their daughters Audrey and Emmy of Yorba Linda, CA, and grandson Mark of Ahwahnee, CA. Minnie was preceded in death by her parents, Ben and Louise Karber, her sister Freda, her sister and her husband Don and Lillian Thiesen, her sister and her husband George and Pauline Kohr, and brothers in law Jacob Dick and Henry Harder.
To order memorial trees or send flowers to the family in memory of Minnie Henrietta Franz, please visit our flower store.