To plant memorial trees or send flowers to the family in memory of Terry Barsoom, please visit our flower store.

Terry, I was a grade below you in school. I literally do not remember you never NOT acknowledging every single kid you can into contact with. You were beautiful, kind and full of life. I'm so heartbroken knowing that a beautiful soul like you are no longer in this world. I remember the day my sister and I saw you walking back to school after Spring break or something and we all were nervous with stomach aches about returning (including you) which seemed funny because in the back seat you were so vocal for the less than five minute ride about your nervousness and seeing everyone at school again. You were willing to be vulnerable and with real feelings showing it always made me realize that no matter how spectacular you appeared to be to all of us - that you were still a sweet and sensitive soul underneath it all! You were very much admired and left wonderful memories for all that crossed paths with you, dear one.

A photo was added for Terry G. Barsoom 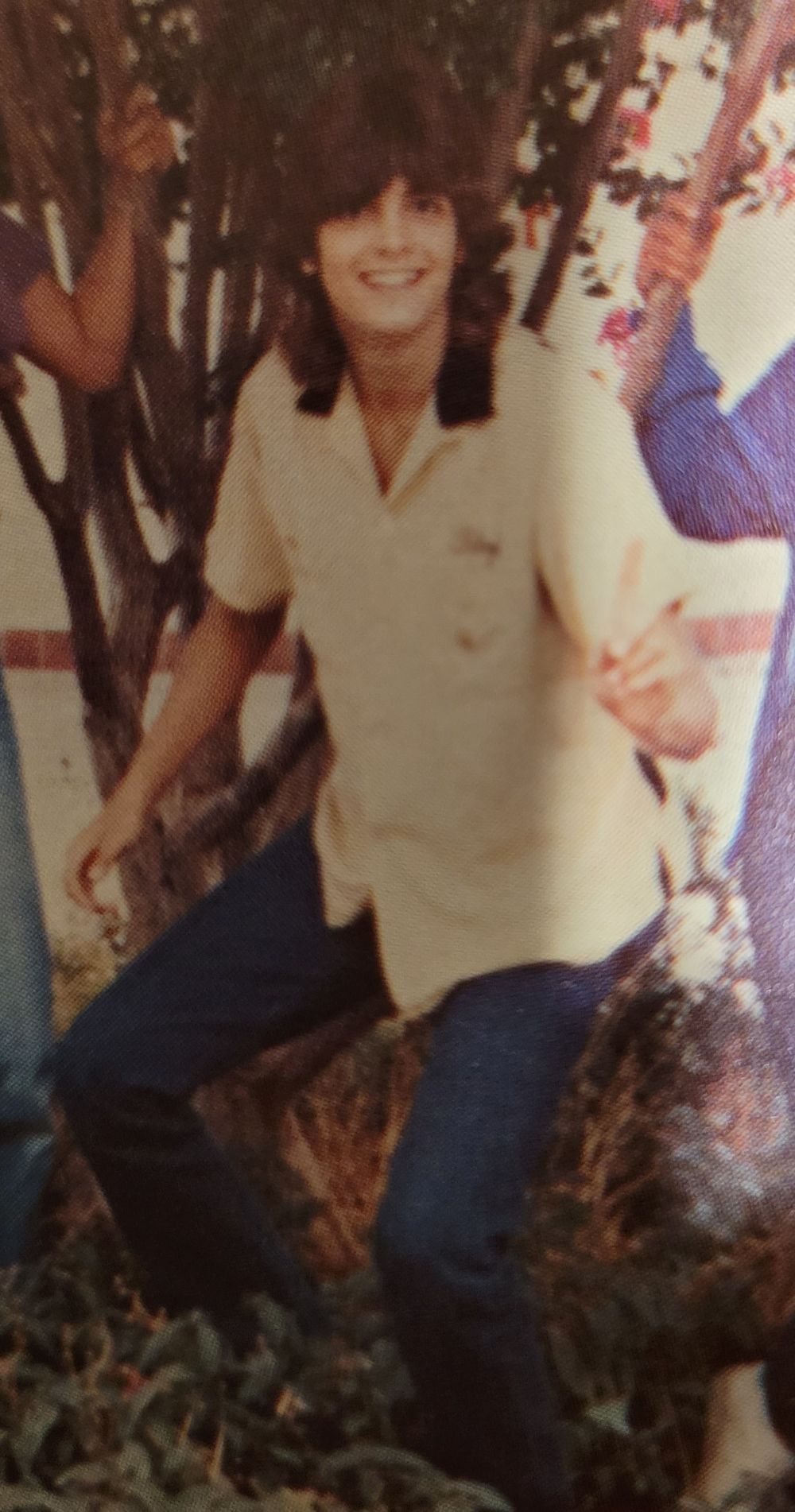 Terry, you are such a pure, bright soul. You never had anything bad to say about anyone. And let\'s not forget how truly Hardcore you are! You understood what being Punk was all about. I was always drawn to your happy, friendly spirit. I miss you my friend but we\'ll see each other again. Save me a seat and we\'ll catch up when I cross over. It will be so Hardcore, my friend. 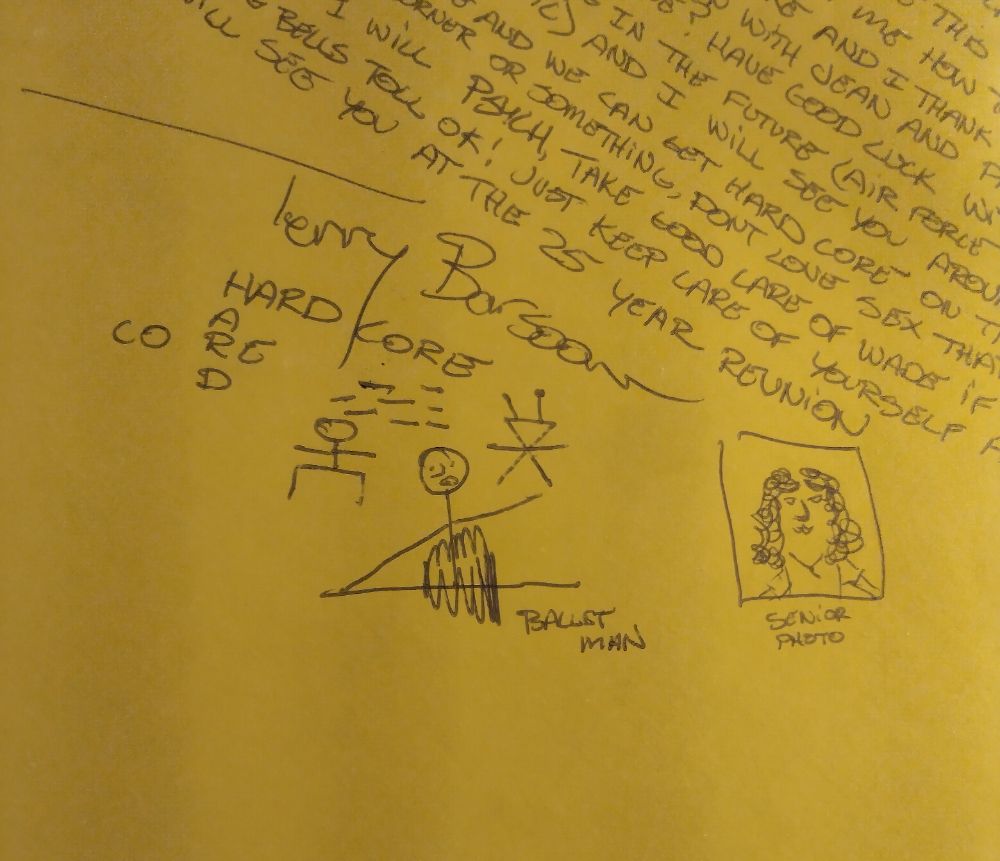 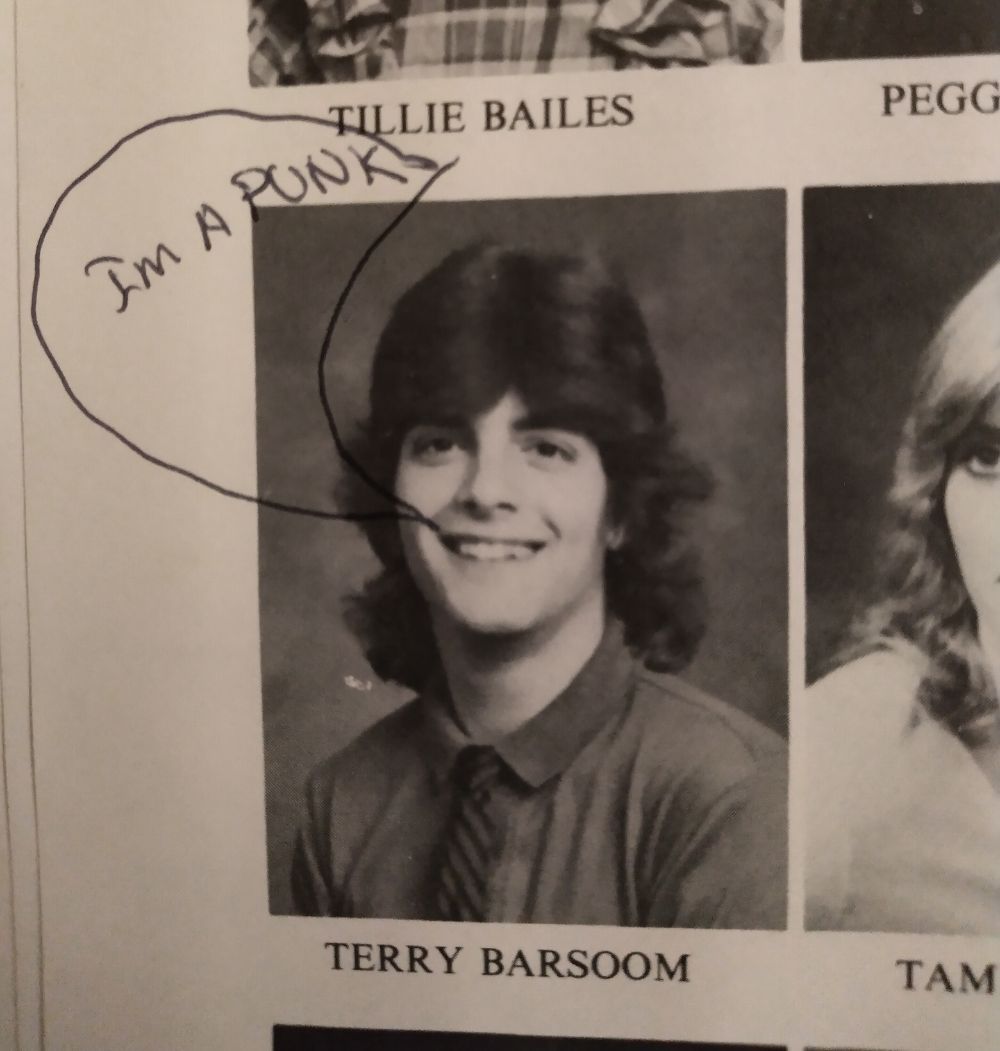 I knew Terry in Jr High and High School - he is the most spontaneous and funniest person I have ever known. It was always a treat being in a class with Terry - not only would he have half the class in tears of laughter, more often than not he'd have the teachers laughing too. He was an easy person to love He had a really big heart and was generous to a fault.

I am very sad to hear this.
Back in the 90s I was at SFSU with Terry. We made music together and I was fascinated by his sculptural art. He was so incredibly creative, open minded and kind. I will never forget him.

Heartbroken to hear Terry died. Someone else posted a line saying where did Terry go? I dont know, he always slips out like that. So true. In and out and in of ones life, and then of his. The world is less without him :heart:

this is how I remember my cousin Terry. My condolences to his family and friends.

Hello, Kelsey! Not very comfortable sharing in this kind of format, but when I found your comment sitting here alone, I thought that's not right. It's incongruous with the many, many lives Terry touched. So I will try to add a word. First of all, I'm sorry for your loss. And my loss, too! And my condolences to all of Terry's family and friends! I went to school with Terry, from grade school thru high school. In our twenties, Terry and I connected a few times in San Francisco. After beginning my teaching career in Reedley, we saw each other infrequently but each time was always meaningful. I'll try to recount a few reasons why I found Terry remarkable, why I loved him: There were a few years there as teenagers when many of us were clearly all competing, trying to outdo one another. Be it a song or a stunt. But not so with Terry. I've grown up around drugs and artists and wanna-be narcissistic legends, those who reach for the accessories of Bohemia for quick identity. This was not Terry. He was authentic. Terry was clever with words, had a sharp sensibility for how the world works, empathized with other's suffering, and truly longed for humanity to grow up. As teenagers, when several of us reached for guitars to emulate Terry, he was totally cool with sharing the spotlight. In fact, he was totally open to any of us surpassing him. At the time I thought most people were like that. Now I know how rare that quality is. In junior high school, Terry and I decided we needed to fight. One lunch we calmly walked together behind the gym and fought. After looking at each other for a long moment, I struck him in the face. And it was over. He didn't hit back. Later when Ms. Ibanez caught wind of the rumor we had fought, Terry and I agreed to a lie about how we had not fought. Ms. Ibanez believed us. Terry and I walked back to class with our arms around each other's shoulders like we were still in the third grade. Eventually I told him how sorry I was for hitting him. Honestly, I can't remember how he replied, but his forgiveness was complete. I'm sure of it. Terry had lots of expensive toys and did not have to worry about money. One afternoon at Fresno City College sitting in his convertible Mustang, I told him how I would give anything to be able to live a week without worrying about money. He nodded and listened. Of all our friends in our church group, Terry was the one person I could open up to about my real views about the Bible. Again, he nodded and listened. No disdain. He let me finish my sentences. In fact, he told me I should write my views down or maybe that I should even write a book. After years of people in Reedley trying to indoctrinate me, Terry's support was water in a desert. Many more reflections I could share. To try to wrap up, Terry is one who taught me how to live. Not sure if this tribute site will share directly to you, but eventually you will probably revisit here. Again, my condolences to all friends and family. Now your comment has a companion. :) Best, Joel

Terry was my first real romantic relationship. He loved me for who I was inside and that allowed me to blossom. We traveled together, played together, and loved each other. He was the sweetest, most talented man. He wrote me songs, sang to me, and was my best friend. I am mourning the loss of his life, and I am so sad he is gone...I will always love you Terry Barsoom and you will always be in my heart...