Wesley Leroy Schmidt passed into the presence of his Lord and Savior Jesus Christ suddenly on May 19, 2022 at the age of 83. Wes was born to John H. and Edna Schmidt on April 6, 1939 at their home on East Avenue in Reedley, California.

He attended Lincoln Elementary, Grant Junior High, and Immanuel High School.  When he began school speaking only Low German, it made learning English the start of his academic challenges.  He went on to excel in sports, shop and math. He had great memories of the Junior High marching band, marching in all the local parades, including playing in one from inside the bus because it was raining. Wes learned to work hard at a very young age in order to help support the family. He helped his parents in the vineyards and orchards.

He proudly introduced himself as a C.I.O.- California Improved Okie. Wes played in competitive sports beginning in Jr. Hi and concluding at age 75 when he played his last slow pitch softball in the Senior Games in St. George Utah. His favorite sport was always tennis which he played at Immanuel High School, Reedley College and Fresno State.  At Fresno State he was undefeated in league play. He collected many trophies and medals along the way.

Those who played with him or against him know that he always strove to win whatever game-basketball, softball or tennis. And he passed on his love for winning as a coach from pee-wees thru senior adults. He was very proud of the church basketball league he helped run for 19 years.  In addition to being a player and a coach, he officiated many basketball, baseball and soccer games. Wes was truly a student of the games he enjoyed so much. Wes got to know Janice Nickel at Immanuel while playing tennis and they started dating their senior year.  They were married July 22, 1960, and the next year left for Denver where he completed his Alternative Military Service. It was there that daughter Debbie was born in 1964.

They returned to California in 1966 so Wes could complete his education at Fresno State. Four years later, teaching credential in hand he began his teaching career at Immanuel High School, his alma mater. In 1971, soon after beginning his teaching career, son David was born. After three years at Immanuel High School, he accepted a position at Firebaugh Jr. Hi. Were he taught wood shop, math, science and coached for 29 years. He particularly loved teaching shop where he challenged his students to make something significant. Something like a coffee table, bookcase or lamp, that would contribute to the family and be a source of pride and satisfaction for years to come. He also encouraged his students to enter their projects in the Fresno County Fair where they won many awards. He had a soft spot for any student having trouble with their studies and was always available to give them extra help. Education was very important to him. It was the way out of the fields for himself, his family and most of his students. He always asked the young people he met where they were going to school or when they would return, because once you got married and have a family, chances are you will not go back. He knew how hard it was from personal experience.

He loved to travel by whatever means he could, starting with a tent, a camper then a fifth wheel. Many weeks were spent in the mountains or along the coast into Canada. He liked to drive until he found something to explore, then find a place to camp never planning much except the end destination. Wes and Jan were blessed to have friends to travel with over the last 25 years and were able to travel more than they ever thought they would. Up and down California with the traveling slow pitch teams; touring China, Australia, and New Zealand; cruising thru Alaska, the Baltic, Mediterranean and Caribbean Seas and many other places in between. Wes never met a stranger and loved meeting people from around the world. Wes made many treasured friends and fond memories during his playing, coaching, officiating and traveling years. He always had a story and loved to share it.

His interest and concern for helping young people drew him to Hope Now for Youth, a ministry helping gang members find hope and change through the love and power of Jesus Christ. He was a faithful supporter and encouraged others to also become involved. The family asks that any gifts made in Wes’s behalf should be addressed to Hope Now for Youth via Bethany M.B. Church.

To plant memorial trees or send flowers to the family in memory of Wesley Schmidt, please visit our flower store.

Mr. Schmidt was always one of my favorite teachers during my junior high years. Always had fun talking about sports with him. May his soul Rest In Peace.

May he have internal peace. He was my teacher in Firebaugh Jr H. Science class. He made that class so fun for all of us

The first grade class photo was taken in the spring of 1946 at Lincoln school.
Wes is in the third row 4th from the left side and I am 8th from the left side in the same row. Wes and i go back a long way. Through the years he lived in a house on East ave. and later on Duff ave. I lived at the end of duff and buttonwillow. We spent many hours visiting and playing together through all the years from Lincoln, grant, Immanuel and beyond.
My condolences to all of Wes's family. May God be with you and bless you during these days.

A photo was added for Wesley Leroy Schmidt 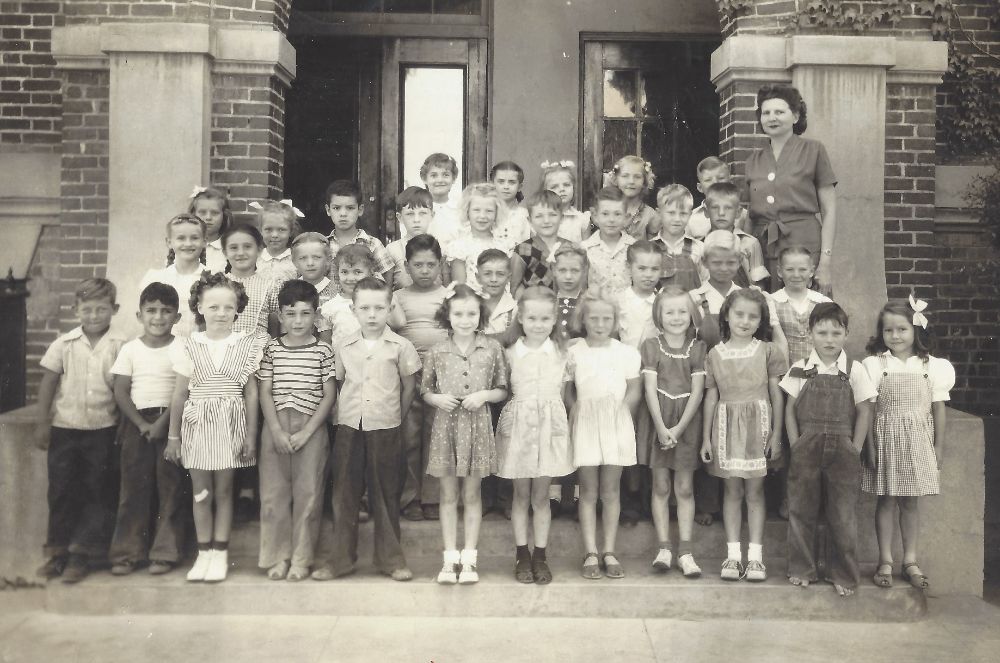